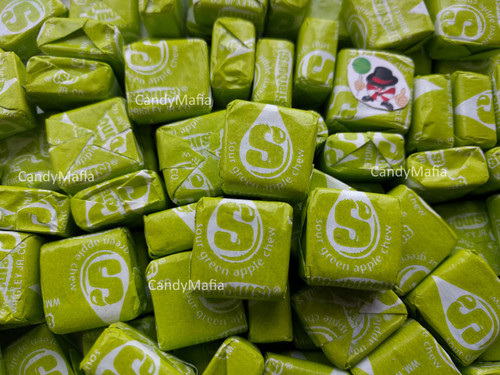 2 pounds
and only the SOUR Green Apple ones

(Unfortunately, the Sour Green Apple Starburst has been discontinued and we are out of stock. :( But there's still hope!  Use this Contact Us link and let us know you want to be on the waiting list.  Hopefully they will bring them back again, and when they do, the people on the waiting list will be the first ones to get them.  Thanks again for being patient!  Sincerely, CandyMafia)

You will receive 2 pounds of SOUR Green Apple Starburst, and only the SOUR Apple ones. Two pounds is approximately 175 pieces of Starburst.


We have all of the flavors of Starburst!