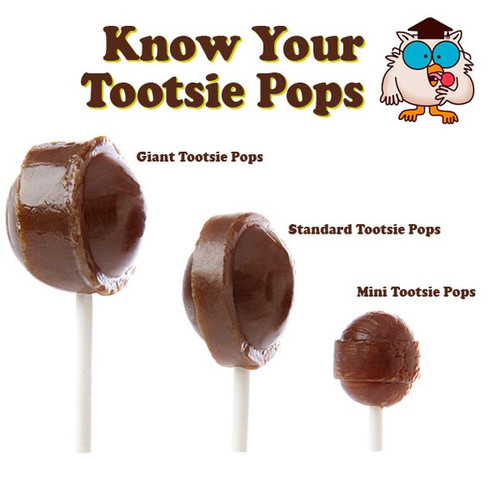 Only the Orange ones

The term "giant" is slightly misleading.  They are not like Giant Gobstoppers that are the size of a tennis ball that you can't fit in your mouth, the Giant Tootsies are slightly larger than the regular Tootsies.  For example, 42 of the Giant Tootsie Pops weigh the same as 60 of the regular Tootsie Pops.  You get fewer suckers, but there is more candy per sucker.  It won't look HUGE in your mouth, just slightly larger than the regular ones.

They are all individually sorted and packed in a clear, heat sealed bag for freshness.  Now you only get the ones that you really want, the Orange Tootsie Pops!

Orange is such a unique flavor that nothing tastes just like it!  (and nothing rhymes with Orange either.  Fun fact!) For some reason these are very hard to find, so get them while they last!